Qatar received no appreciable rain falling throughout the year. This had a marked impact on desert vegetation and on water levels in waste-water lagoons – an important habitat for breeding and migrating birds, in the absence of any natural water bodies.

Irkaya Farm Lagoons dried out early in the summer, although water levels appeared to be recovering well by December. Saliya Water Treatment Lagoon has also dried out completely and may not recover.

Both sites are additionally threatened by disturbance owing to their proximity to extensive construction works. Indiscriminate hunting is an ever-present threat at all important bird sites.

Birding highlights for the year included first records of Horned Lark, Oriental Skylark, Long-billed Pipit, Oriental Turtle Dove and White-Headed Yellow Wagtail – all seen at Irkaya Farm, highlighting the importance of the farm and the adjacent lagoons to Qatar’s birds and birdwatchers.

A pale phase Arctic Skua was at Wakra on 9 September. Up to 12 Red-crested Pochard were at Irkaya Farm Lagoons between 9 January-12 February, the fourth record for the country and a record total count.

There was a Grey-Headed Swamphen at the same location on 22 April, the sixth country record. The seventh record of this species was at Doha North Sewage Farm on 13 December.

A Griffon Vulture was at al Thakira on 16 November, a second record for Qatar. Eagle migration is generally very light in Qatar in comparison with other countries in the region. Only Greater Spotted Eagle occurs regularly; Even that species was rather sporadic during the latter half of 2021, with just 2-3 records. Additional notable sightings during the year included a sub-adult Imperial Eagle at Abu Naklah on 1 January, the seventh national record and the first sighting since 2015. A juvenile Steppe Eagle, south of Umm Bab on 28 April was the sixth record and the first sighting since 1998.

In contrast, there has been a marked increase in sightings of Oriental Honey Buzzard in recent years, and the species is now a regular winter sight at places such as Doha Golf Club and Irkaya Farm; The species appears to be expanding its range from adjacent parts of Saudi Arabia. Black-Winged Kite also seems to be increasing in frequency. There were individuals at Saliya Water Treatment Lagoon on 16 January, and at Irkaya Farm on 4 October and between 14-20 November, which may have been the same bird. Sightings in Qatar typically relate to the Indian subspecies vociferus.

There were multiple sightings of Amur Falcon over the 2020-1 winter, the last of which was a female/juvenile at Irkaya Farm between 27 March and 4 April – the 12th country record. Merlin is another rare and sporadic species and so individual males on 19 March and on 4 November were noteworthy.

Sociable Lapwing is a rare but regular winter visitor to Qatar. There were five sightings of up to three birds through to 9 March at Saliya Water Treatment Lagoon and at Irkaya Farm. There were 2 at Irkaya Farm on 24 October and 3 at the same location on 6 November.  A short article about the status of the species in Qatar can be found here.

White tailed Lapwing is another rare winter visitor to Qatar. There were 3 at Irkaya Farm Lagoons on 18 December, which had increased to 11 – a record count – by 31 December.

There were six Spur-winged Lapwing at Saliya Water Treatment Lagoon from 15-24 March as well as one bird at Irkaya Farm on 27 March. There were 55 Crab Plover al Ruwais on 24 September, a record count.

A group of six Cream-coloured Courser was at Irkaya Farm throughout the period and may have bred.

There were up to six Eurasian Scops Owl at Irkayya Farm on 14 April; The species is usually only represented by single birds at any one locality. Two birds together at the same location on 26 November was an unusually late record. Western Barn Owl is a rare resident breeding bird in Qatar and most sightings are of single birds; A sighting of six birds together at Irkaya Farm on 2 December was thus remarkable. There were up to 5 Short-Eared Owls between 19 November and 11 December at Irkaya Farm, apparently part of a regional influx.

Relatively large numbers of Golden Oriole and White-Throated Robin were reported from various locations during April. There may be an element of observer bias here since this period incorporated an extended holiday related to Eid al Fitr, nonetheless spring migration does appear to have peaked in late April, three or four weeks later than is usual. A Finsch’s Wheatear was at Irkaya Farm on 23 October. Egyptian Nightjar was present on Irkaya Farm and the adjacent lagoons up to 13 August. Breeding is suspected, but not yet proven.

There was a large but brief influx of Hypocolius  during the last week of January with 30 birds at al Jumaila and similar numbers at Umm Babb.

Ploughed and newly seeded pivot fields at Irkaya Farm are an important habitat for numerous lark species. Along with more common species such as Crested Lark, Greater-hoopoe Lark, Black-crowned Finch Lark and Greater Short-toed Lark, there were multiple sightings of Bimaculated Lark and of Calandra Lark during the winter months. They were joined by a juvenile / female Horned Lark, on 17-18 January and by an Oriental Skylark on 1 December – both first national records.

There were 4 Purple Sunbird at a private nature reserve in Doha on 4 November. There is the possibility that this a family group in which case this would be the first breeding records of a species that was first recorded in Qatar in 2020. Single Long-billed Pipits at Irkaya Farm from 5-12 November and at Saliya Water Treatment Lagoon on 9 December were first and second records for the country.  It seems possible that the species may have been overlooked until now.

In comparison with 2020, when the species was almost completely absent, there were relatively large numbers of Yellow Wagtail reported this spring and autumn, although still not as  many as in past years. These included a White-Headed Yellow Wagtail seen atIrkaya Farm on 19 March, a first report for Qatar.

Winter finches began appearing in November (all records from Irkaya Farm). A Brambling was present on 4 November. A Trumpeter Finch– the fifth record for Qatar, was seen between 15-26 November, and a Eurasian Siskin was seen on 10 December.

The QBRC committee is indebted to those many whose observations, photographs and record-keeping have formed the foundation for the Qatar List. 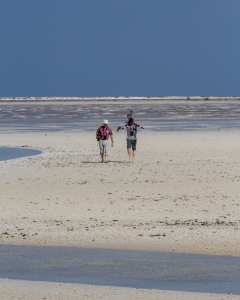